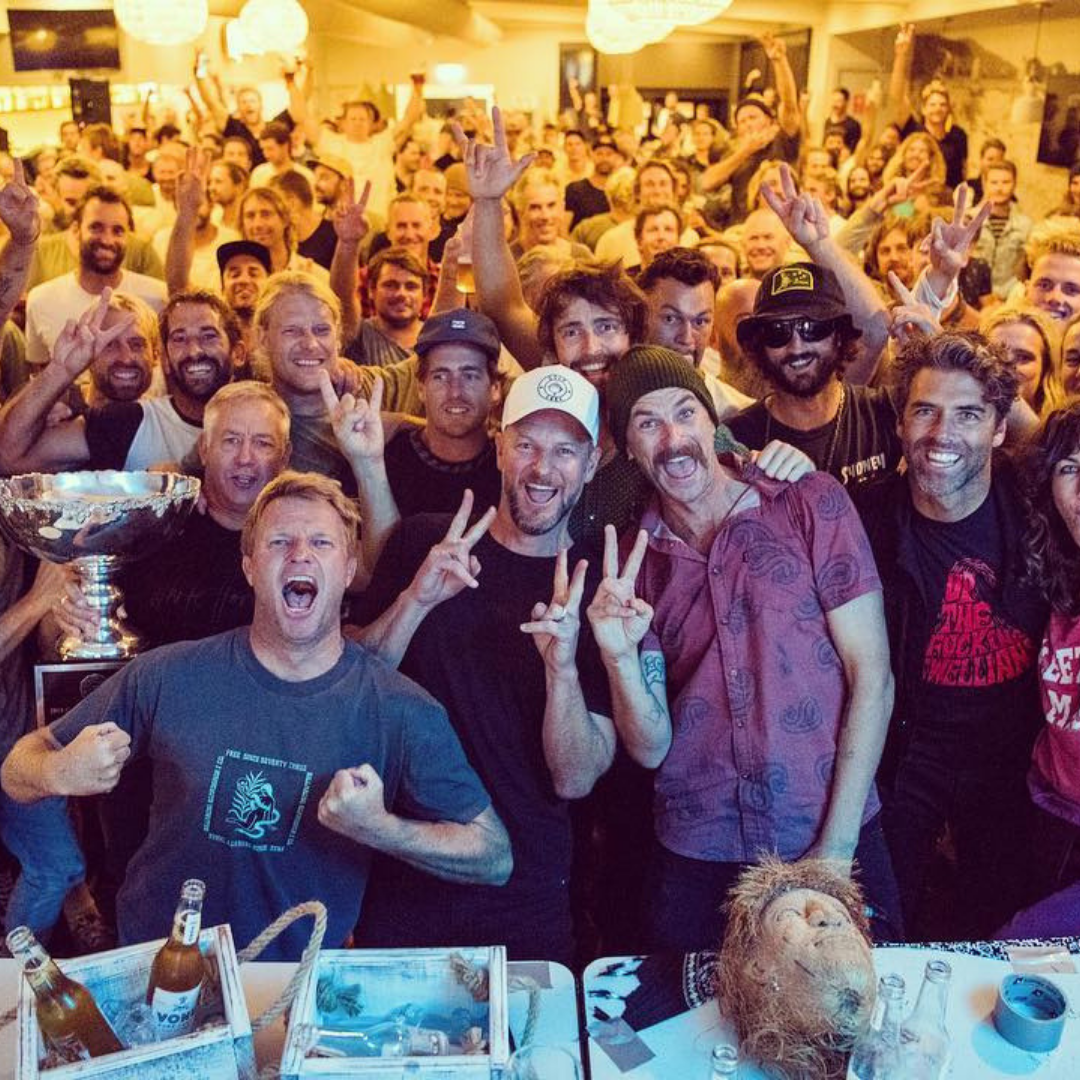 Ain’t That Swell Surf Podcast LIVE! – Are You Keeeeeeeding Me? Oz Tour – Wollongong

Are you keeeeding me?! Hell no! Ain’t That Swell is once again hitting the highway, announcing a second run of shows that will visit some of the most core-lordish surf zones on the Australian East Coast!

On the back of their sold out UP THE SWELLIANS Tour in April this year, the little Aussie surf podcast that has now turned into a global phenomenon will once again be roping in World Champions, freesurfing icons, underground hellmen and women, as well as an assortment of shred heads, waxheads, kooks and barneys, for a night of surf entertainment the likes of which have never been seen.

Says ATS Host Jed Smivvy Smith: “The tour earlier this year featured some of the most outrageous surf stories I’ve ever heard from the biggest legends in the game. We had Kelly Slater doing Occy impersonations, Occy talking about how to surf Bells, Joel Parkinson sharing the yarn about losing his driver’s licence doing burnouts in the Snapper Rocks carpark, Richie Lovett and Bob Bain melting people’s brains with their tale about surviving an actual tsunami. I mean, it magic stuff that you just don’t get to see or hear in any other space. And the plan this time around is to do more of the same, but turn the dial even harder so that the Swellians (our audience) get access to shit that’s never been heard.”

Adds co host Vaughan Deadly: “The ATS live show is full of comedy, music, incredible story-telling and has a general irreverence the likes of which have I have never experienced in 25 years in the surf media game. The energy of the room is absolutely amazing and I think that’s because our listeners (The Swellians) are passionate surfers who know their shit. Our guests, whether it’s Kelly Slater or Taj Burrow or Mark Occhilupo can feel that, and so they open right up and tell it straight which makes for amazing stories and laughs. Also, I think this tour will be even better because than the last time around because we really had no idea what we were doing haha!”