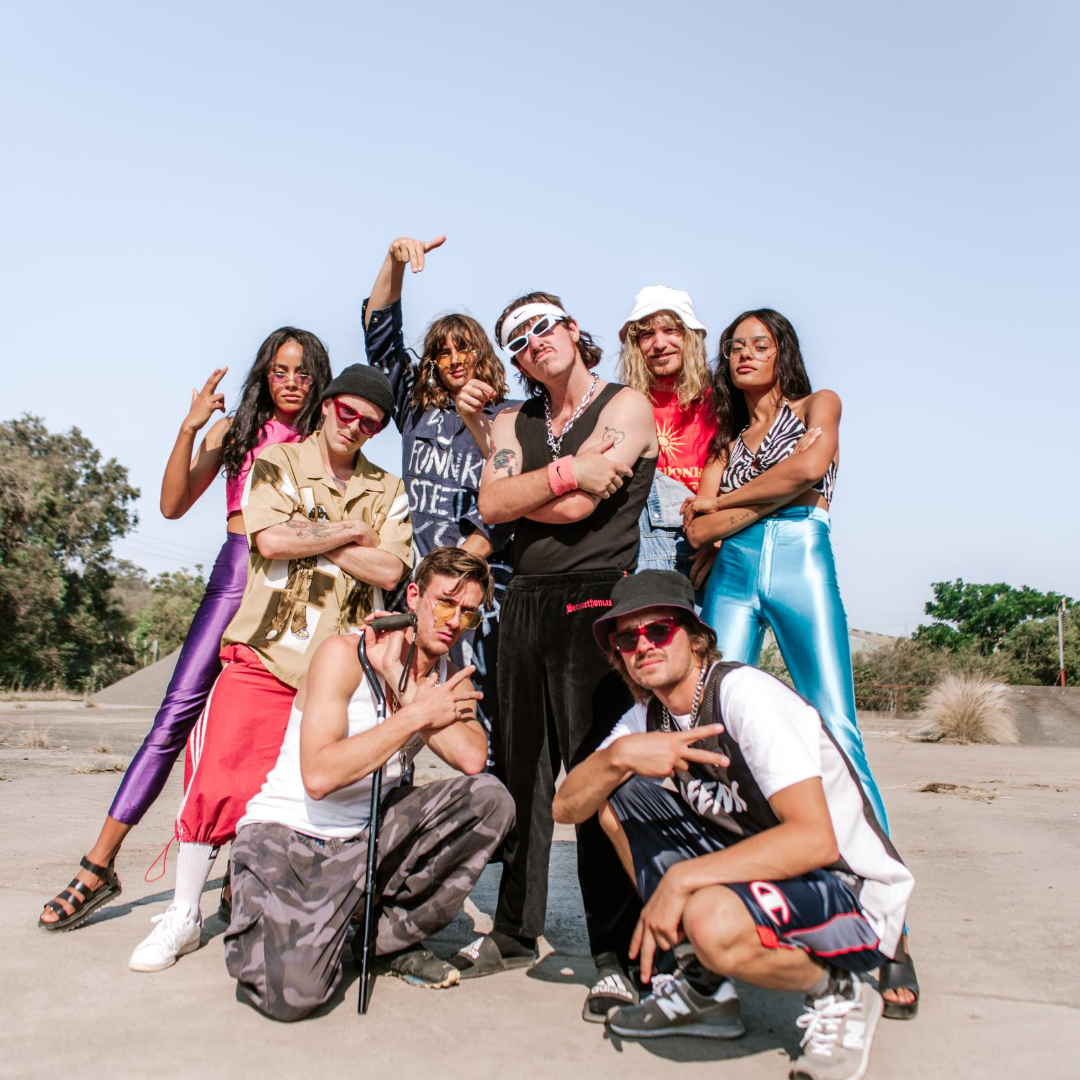 On a cold winters night in the year 2019 AD, a long white comet tailed across the sky over Kiama Australia. The flash grew brighter and brighter as the projectile made it’s long journey to earth. The towns folk awoke from their slumber and slowly started to pour out onto the streets to observe the phenomenon. The towns people stood in awe as the comet suddenly trailed off and landed with an earth quaking thud beneath Saddle back mountain. The people raced to the crash site. A giant hole which tunnelled deep into the earth was smouldering and steaming from the impact. The towns folk looked down deep into the abyss. “Is there anyone in there?”, yelled the worried citizens. A voice from deep within the abyss yelled back “Wassup Baby? Lets get this party started!”. Big Twisty & The Funknasty had arrived.

Big Twisty & The Funknasty spent no time resting from their long voyage to earth, and quickly began putting on the funkiest, most powerful Intergallactic HipHop shows the world had ever witnessed. People travelled from far and wide to see Big Twisty, Warbaby, Big Bird, Dj Slender, The Bounce Machines, Lil Sticky, Sweet Lips and the Wizard, perform their ‘out of this world’ funk fusion.

Although Big Twisty & The Funknasty were taking over the world one party at a time, there was one thing that Big Twisty couldn’t help but think about late at night. Due to his 30 year journey from a far-away galaxy, he never had the chance to go to school like the other earthlings. Twisty never learnt to read, but more importantly, never had a year 6 farewell disco! The Funknasty could not bear to see Twisty upset, so they decided that it’s time for Big Twisty to have the childhood he deserved!