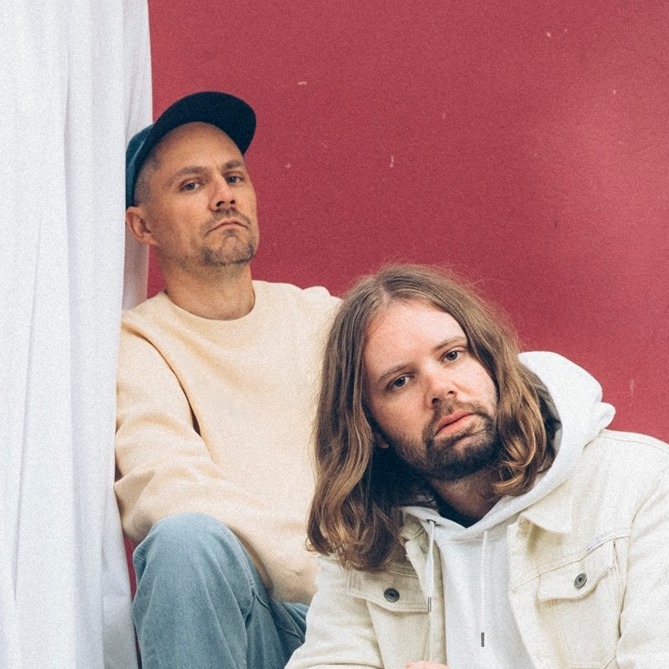 Fresh from releasing their latest record and triple j Feature Album, “Pollyanarchy”, HERMITUDE have today announced the expansion of their upcoming Australian tour with added shows at Australian National University’s Kambri bar in Canberra and at UniBar in Wollongong.

The Australian tour, which kicks off next weekend will begin at Metro City in Perth and sees the duo travel coast to coast through Melbourne, Adelaide, Sydney, Brisbane, Canberra and Wollongong.

Tickets for all shows, including Canberra and Wollongong, are on sale now. For complete tour and ticket information, visit: livenation.com.au.

This morning, Hermitude pulled off a huge move for triple j’s ‘Like A Version’, taking on Nirvana’s iconic ‘Heart Shaped Box’, with a moody yet raucous electronic smash. Paired with the energetic vocals of up-and-coming Jaguar Jonze (recently signed to Nettwerk Records), the cover was a moment of rediscovery for the duo; excited to connect with this long-lost love from 93’s illustrious “In Utero” album.

Coupled with a reconfiguration of their original ‘OneFourThree’ (currently riding up the Shazam charts and in triple j’s most played tracks, as well as being championed by Annie Mac and Trevor Nelson on BBC Radio 1 and 2), they invited First Nations rapper Jimblah to the LAV floor. Spitting new rhymes over the much-loved beat, he added his own exciting feels to the track, following in the footsteps of the original writers BJ The Chicago Kid and Buddy.

With a huge year speeding to crescendo, Hermitude have ticked a bunch of new peaks off the bucket list, including dropping their much anticipated 6th studio album “Pollyanarchy” and completing their first ever world tour. Adding two new dates to their Australian/New Zealand Tour this morning, Hermitude will now be heading to Wollongong and Canberra next month, topping off the year with a headline slot at NYE In The Park.

Joining the boys across Perth, Melbourne, Adelaide, Sydney and Brisbane will be interstate collective Haiku Hands and NINAJIRACHI, a 19-year old producer from the NSW Central Coast. As a finalist in triple j’s Unearthed High competition in both 2016 and 2017, Nina’s ‘lush and ethereal’ (Indie Shuffle) sounds to the stage, warming things up each night with her chart-topping singles ‘Pure Luck’ and ‘Thursdays’ which has been heard across festival stages at Listen Out, Falls, Groovin’ The Moo and Field Day.

Following up to more than 40 shows in 2018, Haiku Hands* have firmly established a presence for their tongue-in-cheek, rave inspired bangers that are equally outrageous as they are bold and at times unconventionally pop. Their synchronised dance moves and high energy production have turned dingy clubs into heaving sweaty messes – a sure fire way to warm things up every night!