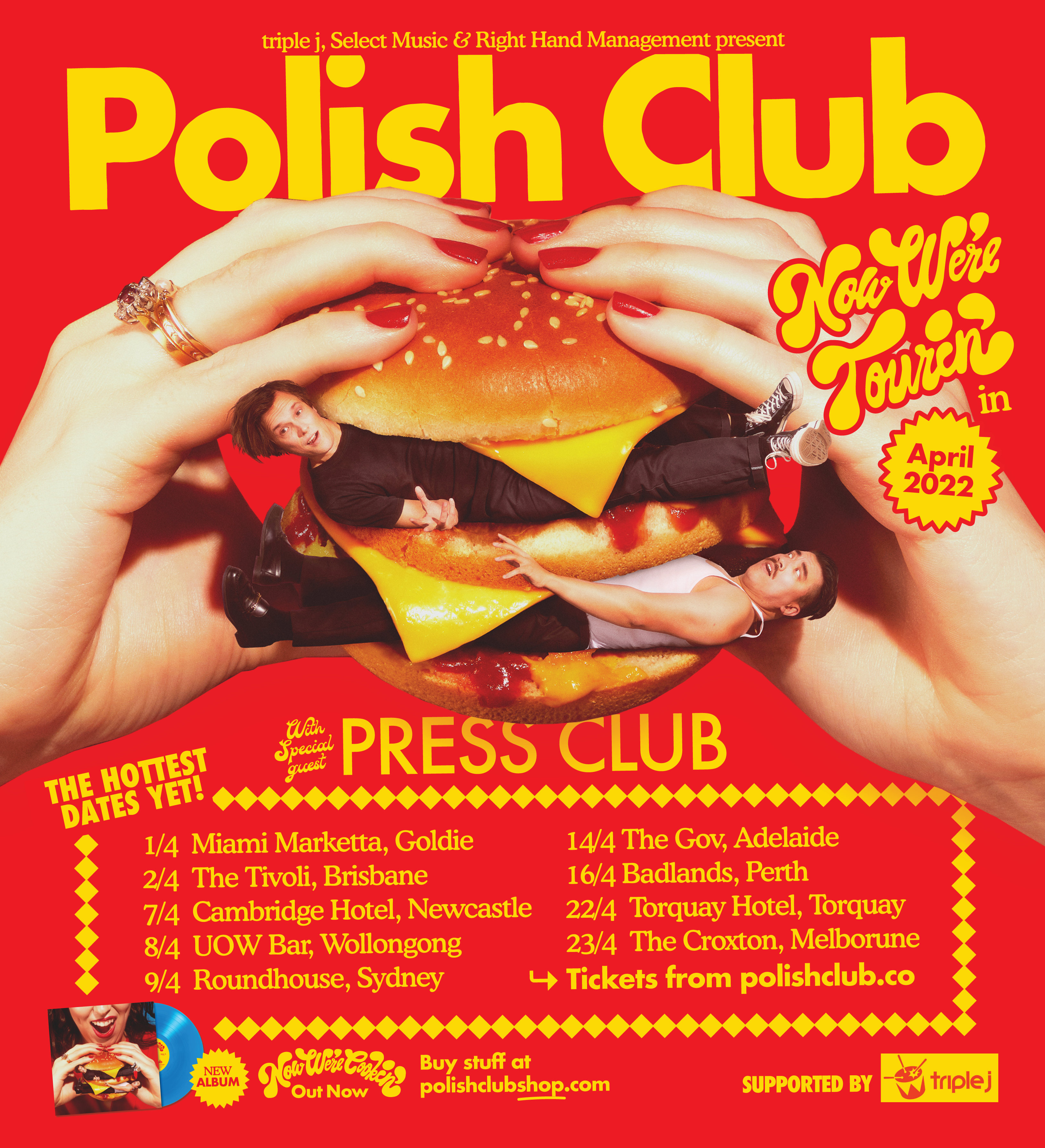 Sydney’s favourite definitely-still-a-rock-band rock band, Polish Club are touring Australia, or rather, tourin’, for their Now We’re Tourin’ national tour. Novak and JH are bringing their full band on the road in September and October, serving up choice cuts from their upcoming 3rd LP Now We’re Cookin’.

In the lead up to their first tour as a four piece band, the duo have recently dropped 'Whack', the fourth song off their upcoming album. Complete with fuzzy riffs and gang vocals, this hot, rockin' banger will surely go right off live. With other recent tracks 'Stop For A Minute', 'No Heaven' and 'Just Talking', plus Now We're Cookin' coming out August 13, the band won't be short of new material to play live.

And the crowd won't be short of Clubs to join at these shows, with Press Club completing this delicious 2 for 1 PC deal. The Melbourne four piece will be taking their equally frenetic live show along for the ride at every show for Now We're Tourin'.

It's been far too long between shows for Polish Club's liking, and they're ready to bring irresponsible levels of energy and chaos to venues around the country. Don't miss it, cuz who knows what'll happen next…

…actually we do know what will happen next. You'll go to polishclubshop.com to pre-order Polish Club's album and grab some tasty merch.

Albums will be sent out on release on FRIDAY AUGUST 13TH 2021.
For any customer questions regarding delivery of the album you can contact customer care at polishclub@umusicsupportau.com

Digital albums are not available to customers outside of Australia.