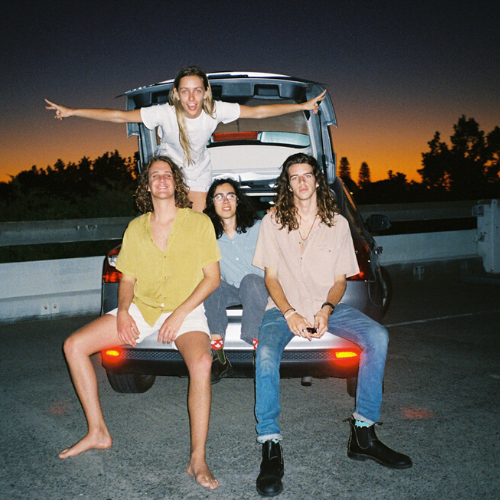 From backyard barbecues to the stages of Splendour In The Grass and the Laneway Festival, Perth four-piece Spacey Jane have forged a lightning path across the Australian music scene in the last few years.

It’s a path that is not slowing down anytime soon. “Good For You” placed #80 in triple j’s Hottest 100 2019 countdown and the band are fresh off the Laneway Festival national tour, where they both played and were broadcast to hoards of eager fans. Not ones to sit still and chill, Spacey Jane have announced yet another headline national tour to showcase their forthcoming single “Skin”.

In 2019, they clocked up three national tours, each completely sold out and this one is set to follow suit. Spacey Jane will also jet off to New Zealand, where they touched down for the first time last year to open arms. The rest of the world is getting on board the Spacey Train too! The four piece band are thrilled to be heading to the UK for the first time in May, with a string of dates around Ol’ Blighty, including showcase sets at tastemaker festival The Great Escape.

“Skin” is the next taste of Spacey Jane’s debut studio record, coming to you sometime this year.