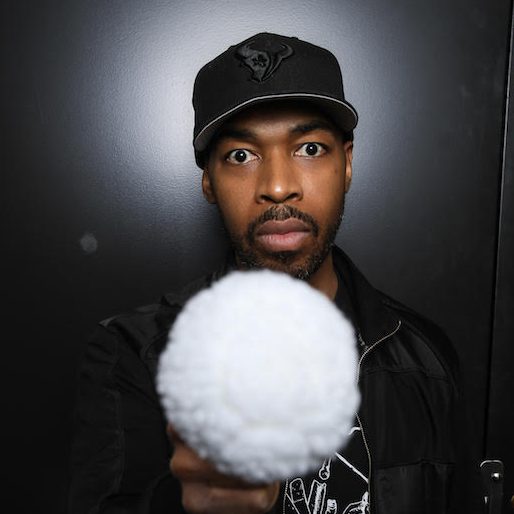 8pm – Trio Grande 2.0 feat Eric Harland
www.trybooking.com/BZHXQ
Eric Harland (USA) – drums; Will Vinson (UK) – saxophone; Gilad Hekselman (ISR) – guitar.
“What happens when three of the world’s most accomplished jazz musicians get together for a new trio project? Fireworks! … and an innovative, exhilarating debut album.”
★★★★★ UK Vibe
“…The beauty of this disc of originals is that it’s far more than an all-star session; there’s an exceptional connection here. Each player brings his singular vision to the plate, but the collective sum is something fresh and exhilarating.”
★★★★ DownBeat Magazine
“The sound of three huge individual talents coming together to create something that is even greater than the sum of its parts.”
★★★★ The Jazz Mann
Trio Grande is the debut statement from a brand new project that unites three of the most inventive, exciting and accomplished musicians working at the interface of New York’s contemporary musical culture, where the city’s rich tradition of jazz meets crosscurrents blowing in from across the world.
British-born saxophonist Will Vinson, Israeli guitarist Gilad Hekselman and hailing from Houston, Texas special guest Eric Harland on drums, each brings their own formidable reputation as bandleader and composer in their own right, but when playing together, following their impulses with all the freedom afforded by the bassless trio format, finding the music taking on its own creative directions that surprise and delight.
******************************
7pm – Vanessa Perica w/ANJO Youth Big Band
“…there’s ‘a new sheriff in town,’ she’s packing heat, and you’d best listen carefully to what she has to say.” ★★★★ All About Jazz
Vanessa Perica is a Melbourne based composer, arranger, conductor who is rapidly gaining an international reputation as a jazz composer of the highest order.
A finalist in both the Anonimus Big Band in 2018 and ‘Scrivere in Jazz’ International Composition Competitions in 2020, she has also appeared at the Sydney, Melbourne and Perth International Jazz Festivals.
Her debut album ‘Love is a Temporary Madness’ released to critical acclaim, reaching number 1 on the AIR Independent charts, number 3 on the ARIA Jazz charts, was nominated in the Australian Music Prize and AIR Awards, and won ‘Best Jazz Album’ at the 2020 Music Victoria Awards.
The ANJO Youth Big Band brings together Australia’s brightest and youngest jazz stars, aged 18 – 25, from across the nation. Expect an exhilarating concert of powerful writing and memorable melodies and grooves as one of Australia’s most dynamic composers meets the best of Australia’s young jazz musicians.
Skip to content